To his supporters, Tundu Lissu is brave and fearless. The fact that he is running for president of Tanzania three years after surviving an attempt on his life is testimony to his determination.

He was shot several times by gunmen, who have yet to be identified, near his home in the capital, Dodoma, and underwent more than 20 operations in Kenya and Belgium in order to recover.

Flying back into the country in July, after treatment abroad, he was greeted at the airport by his backers as a returning hero.

At a time when some in Tanzania feel that their freedom to speak out is being curtailed, Mr Lissu’s frank style has been very appealing and in August he comfortably beat off two challengers to secure the presidential nomination for the opposition Chadema party.

The 52-year-old lawyer first became an MP for Chadema in 2010 for a constituency near his birth place in Singida, 320km (200 miles) north-west of Dodoma.

He quickly established himself as an outspoken voice and a fierce critic of the government and later President John Magufuli after he was elected in 2015.

In March 2017, he was detained for “uttering words intended to wound religious feelings, raise discontent and ill-will for unlawful purposes”.

Then in July of that year he was arrested on charges of sedition after claiming that a government-owned plane had been seized in Canada over an unpaid debt of $38m (£29m).

His boldness has endeared him to neutrals as well as supporters of some other opposition parties.

But he will also need to restore faith in his own party. In the wake of Chadema’s 2015 defeat, many of its MPs and leaders, including losing presidential candidate Edward Lowassa, joined the governing Chama Cha Mapinduzi (CCM) party.

Mr Lissu needs to convince Chadema’s members that he is a different type of politician and will not be using the election as a bargaining chip with the CCM leadership.

On the campaign trail, he has been true to his reputation of being outspoken. Though one of the main criticisms levelled against all opposition politicians has been that they focus on attacking Mr Magufuli and his government rather than selling their policies.

At the end of September, Mr Lissu was summoned to the electoral commission’s ethics committee after reportedly saying that President Magufuli was colluding with election officials to rig the vote. The opposition candidate was accused of fomenting chaos.

Then a week later he was suspended from campaigning for seven days after the electoral commission said that he had uttered seditious statements during one of his rallies. 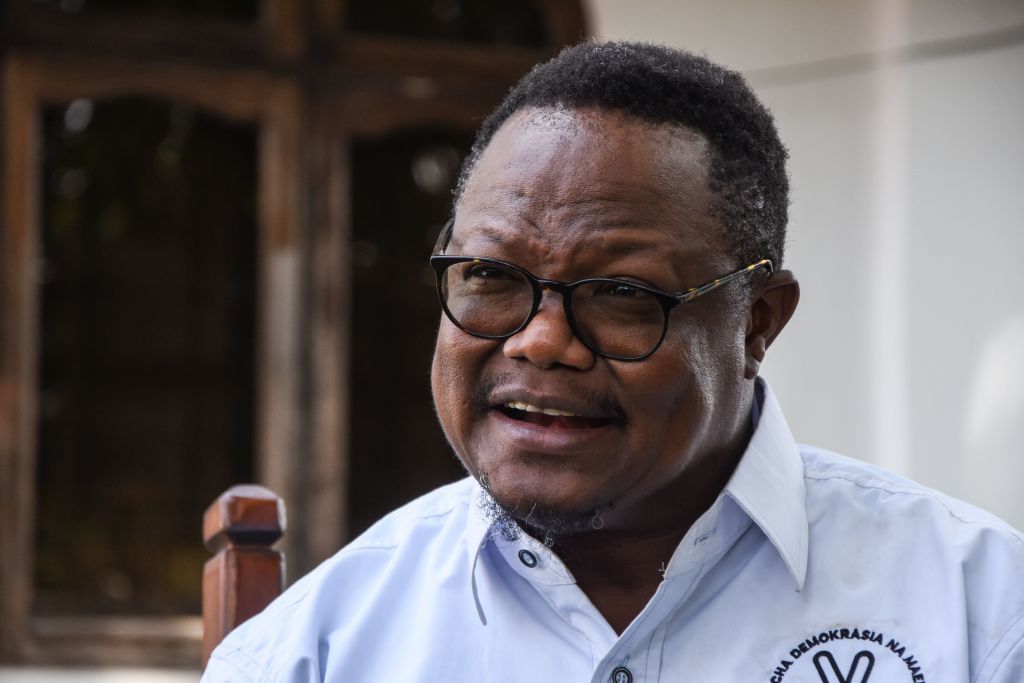 Chadema has also said its party offices in the north of the country were attacked.

“The regime is getting scared and therefore they are pulling out all the stops, using all instruments of power in their capacity to fight my campaign,” Mr Lissu told the Reuters news agency.

His stance has certainly caught the attention of the young urban population, and he has told BBC News Swahili that if he were to win, in his first 100 days he would:

But it is not clear whether he will be able to make any serious inroads into the rural strongholds of CCM, which has been in power since its formation in 1977.

CCM was a successor to the Tanganyika African National Union, which governed Tanzania from 1961 to 1977.

There are 13 other candidates challenging the incumbent, with former Foreign Minister Bernard Membe one of the most high-profile of the others.

Expelled from the ruling party

The 66-year-old is contesting the presidential election for the ACT Wazalendo party, but his candidacy has been hampered by the fact that his party leader, Zitto Kabwe, and chairman, Seif Sharif Hamad, have endorsed Mr Lissu.

They believe that he has a better chance of gaining enough support to defeat President Magufuli.

Mr Kabwe told a rally that he would vote for Mr Lissu and asked his supporters to do the same.

But Mr Membe is determined to carry on.

As Tanzania’s foreign minister under Jakaya Kikwete, the previous president, he was seen as a diplomat, rather than a politician, serving the government’s interests.

But since failing to become the presidential candidate for CCM in 2015, he has emerged as a vocal critic of Mr Magufuli, which won him some support but also led him to being expelled from the governing party.

He is considered a safe pair of hands but his prospects of winning have been damaged by opposition attempts to unify around one challenger to the president.